The History of Beds

You're here:Home > Bed Talk > The history of beds
For many people, one of the benefits of living in today’s world is the simple delight of slipping in between crisp sheets on a supportive, comfortable mattress when it’s time to sleep. But what if, instead of your favourite goose down or latex foam pillow, you laid your head on a pillow made of stone or, instead of a pocket sprung or memory foam mattress, you tried to get cosy on a layer of bracken or ferns laid on top of a large slab of stone? If you had lived far enough in the past, this wouldn’t be a nightmare – this would be harsh reality.

While the basics — a cushioned spot to rest and stay warm through the night – have remained the same throughout history, the details of what constitutes a bed have changed quite a bit through the ages. Here’s a brief history.

Nowadays, your mattress is considered old after around seven years, but according to the National Geographic, the oldest known “bed” in the world was discovered in KwaZulu-Natal, South Africa, and dates back 77,000 years. Layers of plant material were gathered into mats, which were periodically burned to eliminate pests. The bed was around 12 inches thick and covered 22 square feet to sleep the family.

For prehistoric nomadic people, life on the move meant that nights were generally spent resting on a pile of leaves or grass mounded into a depression in the ground. These hunter-gatherers would use the spot as a temporary home, curled up in the foetal position to keep warm and cosy during the night. 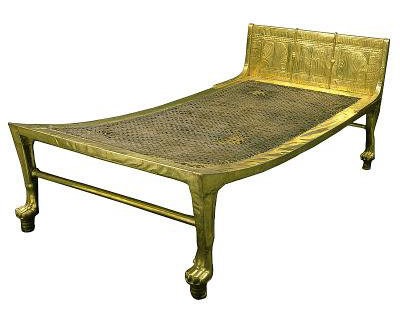 Along with their other amazing inventions and technologies, including written language, you can also thank the ancient Egyptians for the invention of the raised bed, often with legs shaped like animal feet. This kept the sleeper off the cold ground and also made it harder for rodents, insects or snakes to crawl over the bed.

If you were a commoner it would be made of plain wood but if you were of a higher status it would have been covered with gold, jewels and ebony. The simple platform bed would have had wooden slats with plaited (a type of stitch) strings or reeds which would be topped with a mattress made of wool cushions. Linen sheets and a stone or wooden head support added extra comfort.

The wealthier citizens of ancient Rome slept on raised beds made of metal, with woven metal supports to hold the feather or straw-stuffed mattress. Less-wealthy people had similar beds made from wood, with wool strings holding up the mattress. If you were poor, however, you still had to make do with a mat on the floor. Whatever type of bed, you probably would have been warm underneath your woollen blanket, which was common throughout the Roman empire.

The Middle Ages. Medieval Life, circa 5th through 15th century

If you lived in medieval Europe, your sleeping arrangements would have largely depended on your position in life. If you were poor, you would have slept on a hay-stuffed bag on the floor or on a simple platform with a rough woollen blanket to cover you. You would most likely share the bed with your family and before going to sleep, you would have “hit the hay” in an attempt to dislodge bugs from your mattress.

If you were lucky enough to be wealthy, your bed was an opportunity to show off your status. Typically made of ornately carved wood and encrusted with jewels or gold, the beds of the wealthy were raised high off the floor, sometimes so high that a stepping stool was required to reach them.

Four-poster beds were created during this time, hung with heavy velvet drapes and canopies to ward off drafts and insects as well as to demonstrate wealth. The mattress was thickly stuffed with down and feathers, and sheets were made of fine linen. 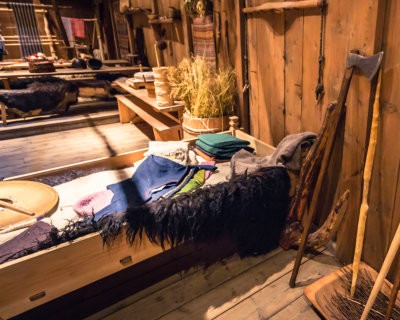 Viking bed inside the Longhouse in the Lofotr Viking Museum

However, the Vikings were already demonstrating their penchant for minimalist Scandinavian design with simple wooden slatted beds that could be easily loaded onto their ships for their voyages. Think early IKEA flat-packed furniture!

The Renaissance Period, circa 14th through 17th century

Beginning in Italy, the Renaissance was a cultural movement later spreading across Europe. Furniture from this period almost always included a canopy and posts in the design. Many designs for these beds from the 16th & 17th centuries used ropes to make up the central platform of the bed. Holes were made through the side rails and the footboard and headboard of these beds. The craftsmen would then pull the ropes through these holes. These ropes required regular maintenance and tightening, possibly leading to the phrase we now all know of “sleep tight”.

While the poor continued to sleep on simple pallets of hay laid on the floor or on a simple platform, it was now common for those of middle-class status to have not only a four-poster bed, but also a separate bedroom to hold it. Typically, a bedroom during the time of the renaissance would be on an upper floor of the home and would contain a bed with a trundle underneath that could be pulled out to sleep family members or servants, along with a wooden trunk to hold clothing.

For the wealthiest people, the bedchamber was a popular spot to receive visitors and carry on business. The ubiquitous four-poster grew even more lavish and ornate during this period, with fanciful carvings, inlaid paintings, colourful trim, and luxurious, heavy fabric curtains to enclose the bed on all four sides when desired, along with a canopy that might be fabric or wood. Because these beds were so expensive, they were prized possessions to be passed down through a family’s generations. 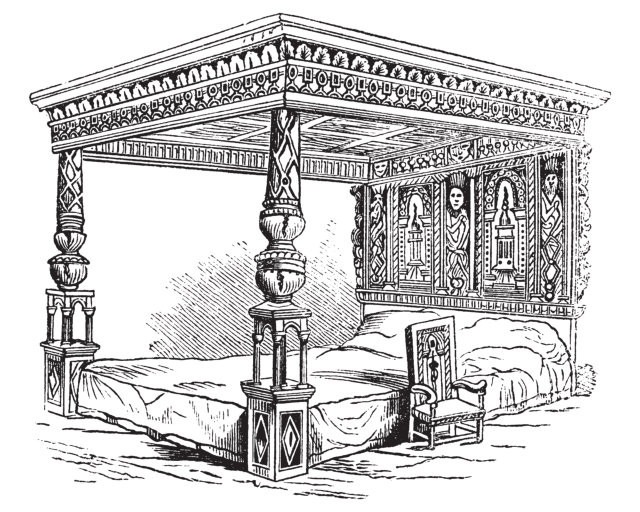 The fantastic bed shown here is called the Great Bed of Ware and is currently housed in the Victoria and Albert Museum in London. Large enough to sleep eight people comfortably, the bed was never in a private home but was created in 1590 as a tourist attraction for an inn in Ware, England. It was so famous during its day that Shakespeare included a reference to it in his play “Twelfth Night.” Amusingly, the bed has carved graffiti on the posts from those lucky enough to sleep in it hundreds of years ago.

During the 18th century, beds became simpler in style, although still often surrounded by heavy curtains. While beds were still usually made of wood, metal bedframes were starting to become popular as well. Cotton-stuffed mattresses replaced down or hay, although they were still suspended in the bedframe with a system of wool straps or ropes.

One of the biggest changes during the 18th century, however, was that the concept of the bedroom as a private space for sleep became firmly entrenched throughout all classes of society. No longer did royalty or the wealthy receive visitors in their bedroom, and it was no longer typical to have servants sleeping on the bedroom floor.

During the 19th century, bedrooms became more like the ones we enjoy today, mostly devoted to sleep ​or sex. Although four-poster beds were still very popular, by the late 1800s  the posts were typically much smaller as were headboards and footboards. Mass production of parts made bed manufacturing simple and cheap and eventually led to manufacturers putting out revival or reproduction beds from earlier periods.

A milestone in bed construction arrived during this time – the invention of metal bedsprings to support the mattress, instead of ropes or wool straps. While these gave more support and stability to the mattress, they were also annoyingly squeaky! 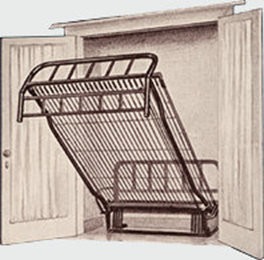 The 20th century was a busy time for bed innovations: the Murphy bed (or wall bed), the waterbed, the pocket sprung mattress, the invention of latex foam and memory foam, the adjustable bed to name but a few.

Although they had been invented decades earlier, it wasn’t until the 1950s that coil sprung mattresses skyrocketed in popularity to become by far the most common type of mattress. This ushered in the use of upholstered divan bases or box-spring platforms to hold the mattress, creating a far more comfortable and supportive bed than those used in earlier times.

Today, you have more choice than ever before when it comes to your mattress. Pocket sprung, open coil, continuous coil, memory foam, gel foam, latex foam and hybrids are just some of the mattress types available. There’s a wide choice of fillings as well – from synthetic fibres and foams through to natural ones such as wool, cotton, silk and hair.

Whilst divan bases are still very popular, there are many other types and styles available: bed frames made from wood or metal, upholstered ones in leather or fabric – sleigh beds, bunk beds, adjustable beds, sofa beds, futons. Storage options can be included via drawers or lift up ottomans.

The bed has come a long way since the earliest grass-lined pits, but the basic concept is unchanged: a comfortable, safe and warm place to sleep and re-charge your batteries. 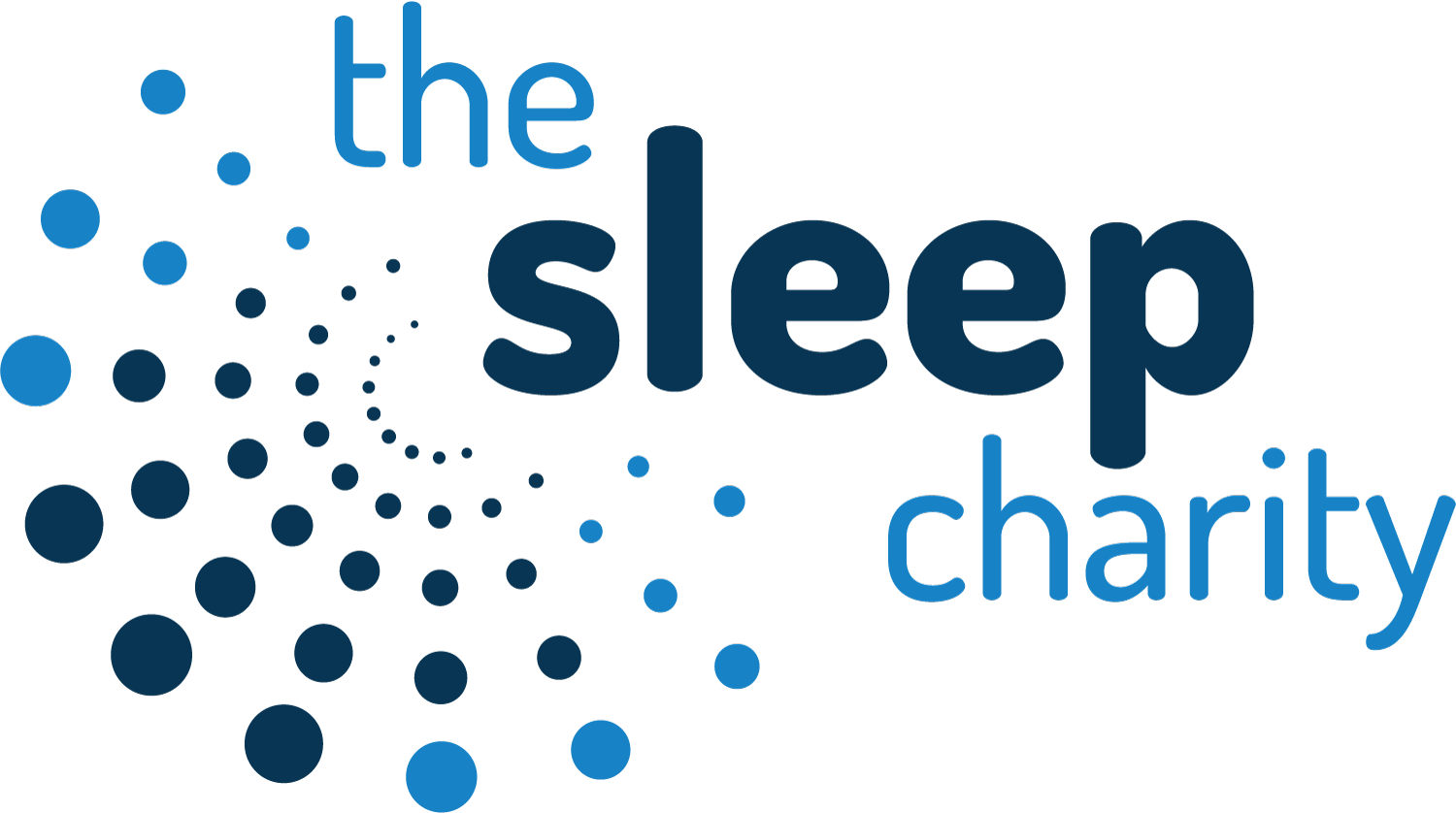